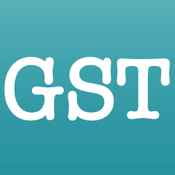 An amazingly handy tool for your business or personal life, GST Calc enables you to calculate Goods and Service Tax instantly.

Input either the GST exclusive price, GST, or GST inclusive price. The other two are calculated automatically.

Furthermore, you can calculate additional tax such as PST in Canada.

But wait, there's more!!! Input a password (in default, type "1234"), and GST Calc becomes an app that stores your private photos, videos, and more.

Perhaps you have secret photos of your pet you don't want anyone to see, or notes and folders you want to keep secret? They can all be saved it in this app. GST Calc's icon and name does not cause suspicion, like for example "Secret Photo", so if your friend accidentally finds this app installed on your iPhone they won't be tempted to open it. Even when your device is connected to PC/Mac, your secret data is invisible.