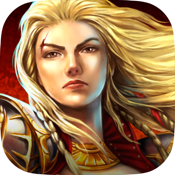 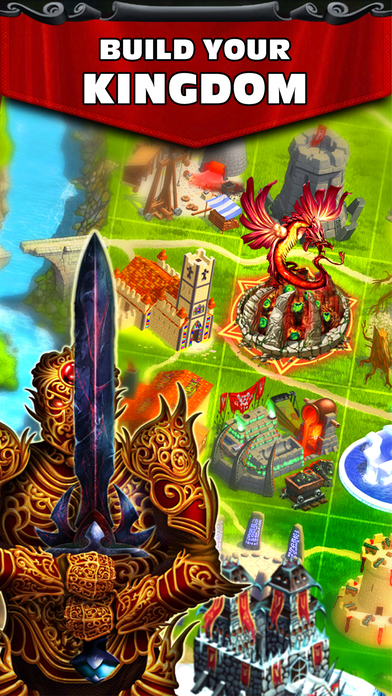 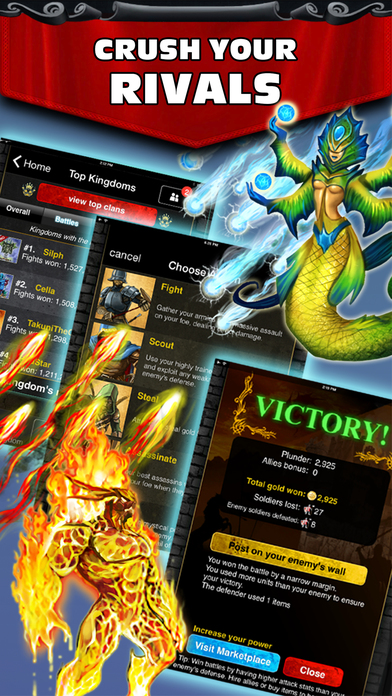 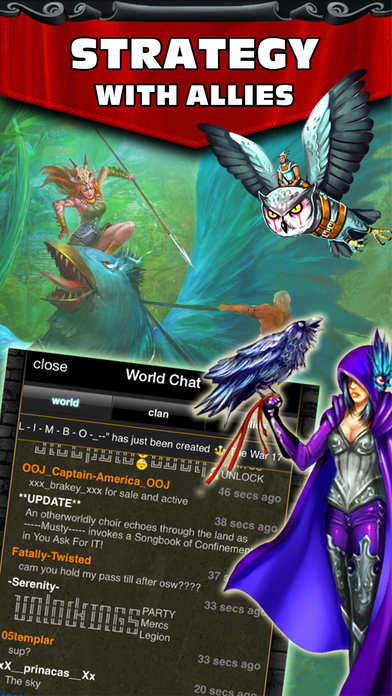 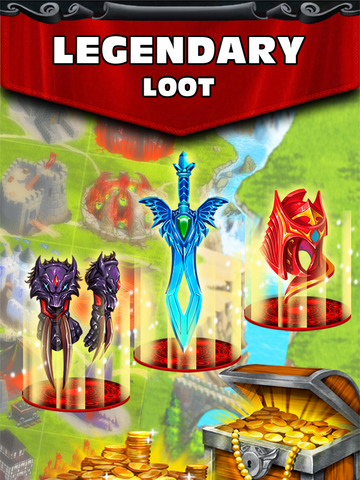 Lead the mightiest army in the kingdom! Intense player vs. player MMORPG with epic clans, clan wars, and battles! Face-off against millions of players, destroy their kingdom, claim new lands, battle ancient monsters, and seize rare items! No other MMORPG let's you hit anyone, anytime! Find a clan, fight your friends, and dominate in live PVP events! Who will be your ally in your mighty quest for domination!

- "Ridiculously addictive!"
- "The best turn-based MMORPG on the App Store by far."
- "The online multiplayer aspect is really good, it’s a whole world in there!"

Power is yours for the taking! Form a Clan, hire allies, and plunder gold in Kingdoms at War: the ultimate fantasy-strategy game. Team up to defeat ancient monsters in Epic Battles, or wage war against other players and destroy their kingdom. Play the ally market and hire your friends!

Command your army and prove your worth on the battlefield: CLAIM YOUR KINGDOM NOW!

=KINGDOMS AT WAR FEATURES=
- Regular FREE updates with live PVP events and leaderboards!
- Join forces to form a powerful Clan and crush the competition!
- Scout, assassinate, and steal from enemy kingdoms
- Build your kingdom with Catapults, Watch Towers, and Dragons!
- Choose your banner: Conqueror, Monarch or Defender
- Use magical elixirs and powerful spells against your enemies
- Visit the Mage to enchant your weapons and increase their power
- Lead Epic Battles against ancient monsters
- Battle rival players LIVE in REAL TIME!
- Open ally market, hire anyone at anytime to aid in your quest!
...and much MORE!

=GAMER REVIEWS=
“Great game, have played for months and still enjoy it. I like the new addition of armor and weapons. Keep it coming guys!!” -Fennwick

“I play this game at night for hours under my pillow so my mom won’t notice me playing.” -KaW_Lover

“Dangerously fun. When I first started playing this game I only spent a couple minutes a day, but then I got sucked into it and started checking it compulsively every few minutes to score more hits. My friends got mad at me, my girlfriend started ignoring me, and it ruined my productivity at work. I've curbed it now, but this game is still dangerously fun and eating up my time. Totally awesome." -randyv2