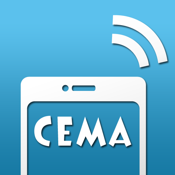 This is a single language version. It can freely translate your native language into appropriate target language. Suitable for business people travels frequently in many countries. It is also a reliable personal pronunciation translator.

Wherever you are, what kind of language you use, as long as you want to learn, or want to use the language, you can easily find the commonly used 1000 sentences and phrases which can be audible read aloud. It also adds the tape function in the new version which is more easily for you to learn foreign languages.

1 Depending on the context, classify the commonly used sentences into 7 categories, which is more convenient for you to search, use and learn.

2 The 1000 sentences and phrases in the software have the pronunciation function. You can learn anywhere the language and use it wherever you are.

3 It has “search” and “collection” functions. You can easily find the phrase you want and collect it for future use.

So, in fact, the single language version can easily translate 14 commonly used languages into one corresponding language.

We redesigned the interface which strengthening man-machine interaction.

Repeat function. After the sentence pronunciation, you can use the repeat function, and play your voice to improve your study.