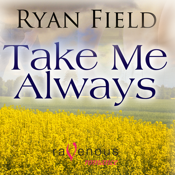 Kadin Mahoney is ten years older than his lifelong partner, Gregory. But when Gregory is diagnosed with Alzheimer's disease and winds up in a nursing home, Kadin decides to move there with him in spite of the fact that Gregory doesn't even recognize him. His three children aren't happy about this and his friends think he's crazy. But Gregory is the love of Kadin's life, and he's not going to let him slip away without a struggle.

So he conceives a plan to help him remember their passionate, sexy past. With the help of a notebook computer and a personal blog, he begins telling him the story of two good-looking young men who fell in love with each other during the l950's in Savannah. One is a recent college graduate, and the other is a thirty-year-old lawyer and divorced father of three. They meet by accident at the movies the day Kadin's divorce is finalized, and wind up spending a full summer together engaged in every act of true love that is humanly possible.

But it all comes to an abrupt halt in mid-August, when Gregory's family begins to suspect his forbidden feelings for Kadin. They drag him back to Atlanta early, where he enlists in the army to get even. Five years later, Kadin has moved on with his life and Gregory is engaged to be married. But Gregory sees Kadin on TV, and he goes back to Savannah one more time before the wedding. He only wants to find out what happened to Kadin, but the moment he arrives his clothes come off and their lives are never the same again.

This is a hot, sexy story with a happy ending. It's about true love between two strong, passionate men that survives all the odds society and family have placed upon them. They do it with restrained dignity in public, but in private they share unbelievable, monogamous sex that leaves them both satisfied for the rest of their lives.