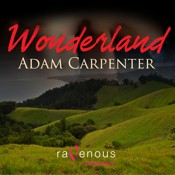 Welcome to Wonderland, a quiet, picturesque village located on the Pacific Coast, just south of San Francisco. Prodigal son Rich North and his partner, Marc Anderson, have just relocated to Wonderland after leaving behind their lives-and a secret scandal-back in New York City. They buy a house on exclusive Eldon Court, where five Victorian homes stand. Three other gay couples lives in the other houses, while Number Two Eldon Court remains mysteriously empty. There they meet Edgar and Jack, the longest-tenured residents of Eldon Court; Aaron and Juan, a couple with their own relationship issues; and Sawyer and Dane, a young, gorgeous couple with too much money and time of their hands.
Something is afoot on Eldon Court. A peeping Tom, a possible murder attempt, a case of arson. The clues lead back to Bayside Hotel and the mysterious new owner, Danvers Converse. He is a man with perverse appetites and unstoppable ambition. He will resort to blackmail-or worse-to gain possession of Eldon Court. But why, and at what cost? The only thing the neighbors have is their solidarity. But with a spy in their midst, Eldon Court is being threatened from all sides, and Rich and Marc realize that, as they newcomers to the block, they must stop what's happening. Until newer neighbors move into Number Two-and all hell breaks loose on Eldon Court.

Passionate, sexy, steamy, Adam's Carpenter's Wonderland delves into the lives of men and the men they love, into a community put at risk by progress, and of the true meaning of friendship, loyalty, and love. A modern day drama, complete with victims, enemies, conspiracies, and loads of sex, Wonderland is a rare piece-conceived by one writer, written by three different authors-it is fiction at its most compelling.