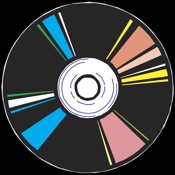 A short story about the history of technology from 1948 to 2010. The author has worked as a computer field service engineer and programmer for the last 40 years.

Carnation Software's founder and President, Rich Love, graduated from the University of Alaska in 1973, with a degree in Electronics. His career has included positions as computer programmer, technical writer, and field service engineer with Stanford Research Institute, CX Corporation, Microdata, and McDonnell Douglas Corporation.

Introduction:
"I was born January, 1948, three years before the first computer (UNIVAC) existed in the United States. It was the year that the 33-1/3 RPM record was invented. This new record format allowed 30 minutes of music on each side of the record. Typically, there were six songs per side for a total of 12 songs. This was a vast improvement over the previous 45 and 78 RPM records, which only had one song per side for a total of two songs. The transistor was invented just a few months before I was born. Today in 2010, a CD player uses a laserbeam to play music and an iPod digitally plays thousands of songs.

My grandfather was born before the flashlight was invented and before electricity was being widely distributed as AC current in the United States. He lived in the desert with no electricity and no running water. He drove to town once a week in his Model A Ford to get water and supplies. During the hot summer months, he slept in a mineshaft because it was cooler underground. Nobody had air conditioners."