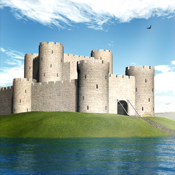 Medieval Heroes is a game of empire building set in the Middle Ages.

As one of the medieval lords, you will engage in combat with surrounding provinces in an attempt to unite Medieval Europe under your leadership.

Design and govern your army, build castles, engage in battles, risk and conquer your enemies!

The game area consists of a number of provinces. At the beginning, you control some of these provinces. Every province gives some gold coins to the person who controls it.
You can spend your gold on recruiting new troops and capture new territories with their help. You can also build castles, fortify them, and build markets to earn more gold.
Your goal is to unite all of the provinces under your control!