Beautiful Planet HD: A Photographic Journey Around the World 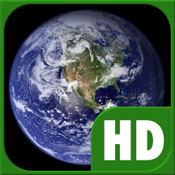 30% OFF SALE! * Named an App Store Essential by Apple * An Award-Winning app that captures the breathtaking beauty of our world and its cultures with a collection of galleries three decades in the making by Travel Photographer and Explorer, Peter Guttman. * Beautiful Planet includes over 600 images spanning seven continents and 170 countries. * Featured on Wired.com as "One of 5 Sweet Apps for your iPad" and on NBCNews.com as One of 8 Outstanding Apps for Students. * Featured by Apple in Top 5 Summer Apps, Travel Top 10 Staff Picks, App Store Essentials, Staff Favorites, Apps for the Great Outdoors, Planetary Science, and Great Coffee Table Apps! * Includes a fully interactive, zoomable map, beautiful galleries combined with Peter Guttman's vivid writing. * Scholastic.com named Beautiful Planet an app for the "21st Century Classroom" and described it as "a visually stunning photographic tour of 160 different countries".

** Wired.com named Beautiful Planet a Top 10 iPad App they were most excited about!

Includes Facebook sharing of images with your own personal message, and a built-in music player to listen to your iTunes music while you use the app.

All at once a savvy encyclopedia of the world, a striking art gallery, an evocative poetry selection and an inspiring travel planner, Beautiful Planet is a lovingly curated, incisively written and joyous portrait of the planet -- a rich resource of knowledge about the wonders of the world around us.

* "One of the premiere travel photographers."
-- CNN

* "Guttman's photographs capture the spirit of a place."
-- Time

* "Such a beautiful vision."
-- CBS This Morning

* "His photographs all seem to glow from an inner light."
-- Dallas Morning News

* "Peter Guttman is a gutsy photographer who has taken pictures all over the world and paints glorious word-pictures with extraordinary photographs."
-- Popular Photography

Two times named the Lowell Thomas Travel Journalist of the Year, called a "one-man Explorers Club" in the New York Times, and with zero inhibitions, Peter Guttman has blanketed the planet to create a far-reaching survey of both nearby dazzling landmarks and unknown, intriguing corners of our terrestrial home.

The author and creator of a hardcover award-winning book series for Fodors Travel Publications, an on-air expert for the Travel Channel and A&E Television and the recipient of solo photographic exhibitions at Sotheby's and the United Nations, Peter Guttman skillfully introduces the user to the marvels of our planet.

* Twice selected by Apple as an "iTunes Staff Favorite"

* Featured app for the iTunes "Apps for the Great Outdoors" section.

* Winner of the 2010 "Northern Lights Award for Excellence in Travel Journalism and Photography".

* Named one of the Top 5 Summer Vacation Apps by tipb.com

* Proclaimed "One of Five Sweet Apps for your iPad" and one of "Ten Apps We're Excited To Try" by Wired.com

* Named a "Top 10 iPad App for Education" by BrightHub.com

Photographs and image description are Copyright 2012 Peter Guttman and legally licensed by permission of Peter Guttman.