SunTzu The Art of War (with search) 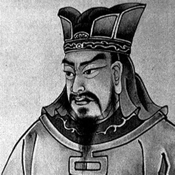 Now you can use the application on iPad in full screen!

The application has become a universal! You can use it on iPhone, iPod and iPad!

Sun Wu (better known as Sun Tzu), was an ancient Chinese military general and strategist who is traditionally believed to have authored “The Art of War”, an influential ancient Chinese book on military strategy considered to be a prime example of Taoist thinking.

Sun Tzu has had a significant impact on Chinese and Asian history and culture, both as an author of The Art of War and through legend. During the 19th and 20th centuries, Sun Tzu's The Art of War grew in popularity and saw practical use in Western society, and his work has continued to influence both Asian and Western culture and politics.

Historians have questioned whether or not Sun Wu was an authentic historical figure. Traditional accounts place him in the Spring and Autumn Period of China (722–481 BC) as a military general serving under King Helü of Wu, who lived c. 544—496 BC. Scholars accepting his historicity place his supposed writing "The Art of War" in the Warring States Period (476–221 BC), based on the descriptions of warfare in the text. Traditional accounts state that his descendant, Sun Bin, also wrote a treatise on military tactics, titled Sun Bin's Art of War. (Both Sun Wu and Sun Bin were referred to as Sun Tzu in classical Chinese writings, and some historians thought that Sun Wu was in fact Sun Bin until Sun Bin's own treatise was discovered in 1972.)

To simplify study “The art of war” by Sun Tzu the application supports full text search within all included texts. This is very useful when you need to find a quote or information on a particular subject but don't know where you should looking for.

“THE ART OF WAR” BY SUN TZU CONSISTS OF SUCH PARTS:
-Laying Plans;
-Waging War;
-Attack by Strategem;
-Tactical Dispositions;
-Energy;
-Weak Points and Strong;
-Maneuvering;
-Variation in Tactics;
-The Army on the March;
-Terrain;
-The Nine Situations;
-The Attack by Fire;
-The Use of Spies.