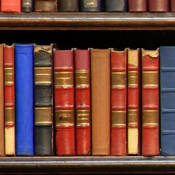 The law, in your pocket - iLegal Legislation is the world's first and only mobile phone app that literally puts the law in your pocket. It is incredibly powerful yet brilliantly simple. iLegal is free to download and you will receive a free 7-day trial, after which you can purchase an annual (currently £49.99/$74.99) or lifetime (currently £149.99/$219.99) subscription to access all legislation and receive unlimited updates on-the-fly. iLegal has been completely rebuilt from the ground up and is now better than ever. But don't take our word for it - try it for yourself.

This revolutionary app enables you to access the revised text of almost all UK, Northern Ireland, Scotland and Wales primary legislation as well as Acts of the Parliament of Great Britain and English Parliament - anywhere, anytime. You don't need access to the internet since all legislation is stored offline on your device.

iLegal is perfect for solicitors, barristers and law students as well as lecturers, teachers, journalists, historians and members of the public alike. Its user-friendly interface allows you to find the legislation that you need quickly and easily, saving you time and money.

According to The National Archives, all legislation in revised form has been updated with effects of legislation made up to 2002 (except for some effects of 2002 legislation that were not yet in force at the end of 2002). About half of all items of legislation are up-to-date to the present. For the remainder of legislation, there are still effects outstanding for at least one of the years 2003 to present.

The National Archives has embarked on a programme designed to bring the revised legislation fully up to date, but it is likely to be some time until this goal is achieved. Please see http://www.legislation.gov.uk/changes for more information.

By downloading and using iLegal Legislation, you agree to be bound by the iLegal Terms and Conditions of Use, which can be read at http://www.ilegalapps.com/terms.html.