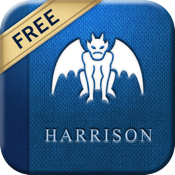 Rachel Morgan has fought and hunted vampires, werewolves, banshees, demons, and other supernatural dangers as both witch and bounty hunter—and lived to tell the tale. But she’s never faced off against her own kind . . . until now. Denounced and shunned for dealing with demons and black magic, her best hope is life imprisonment—at worst, a forced lobotomy and genetic slavery. Only her enemies are strong enough to help her win her freedom, but trust comes hard when it hinges on the unscrupulous tycoon Trent Kalamack, the demon Algaliarept, and an ex-boyfriend turned thief.

It takes a witch to catch a witch, but survival bears a heavy price.

Experience the Hollows as you never have before with audio commentary from the author, Kim Harrison, video extras and a synced audiobook. Kim Harrison’s most complex and nuanced adventure to date just got a whole lot more personal.
Try out a chapter and watch a video for FREE!

About Enhanced Editions:
Enhanced Editions is a group of experienced and passionate publishers, editors, technologists, designers and film-makers who collaborate with publishers to create the future of the book.

Our apps include titles by Nick Cave, Hilary Mantel, and have been featured in Apple's "Best Apps of 2009"; The Observer's "Best Cultural Apps of 2009"; and Wallpaper / Wolff Olins' "Ten Things to Change The World in 2010". Enhanced Editions also won the eConsultancy "Innovation in User Experience" award in 2009.