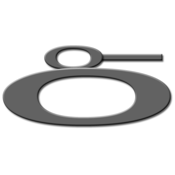 Papyrus Battles is a two-player hot-seat multiplayer game inspired by the pen and paper battles we played as kids. Simple, yet fun tactical gaming!

Tap an army or tank once to move it, tap again to set its destination.

Press and hold to set the distance you want your army or tank to shoot. Green for a short shot, yellow for a longer shot, and red for the longest shot. But watch out - the longer the shot you choose, the less accurate it might be!

Flick to aim your shot at your enemy's forces. Tanks take two hits and armies only take one hit to remove them from play.

We have a lot more planned for Papyrus Battles, including more pieces, resources to fight over, campaign options, save game ability, and much much more. Stay tuned!