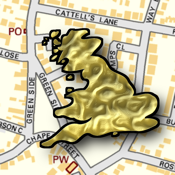 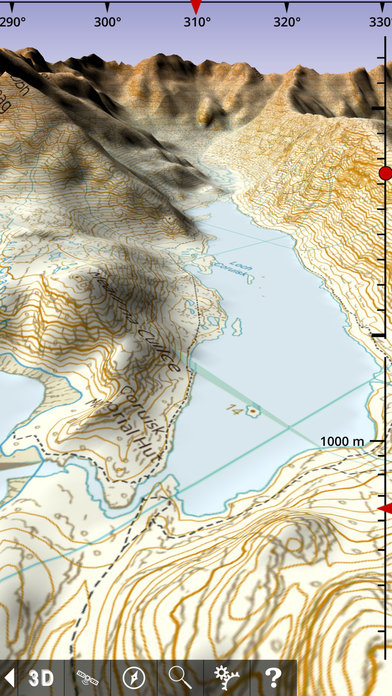 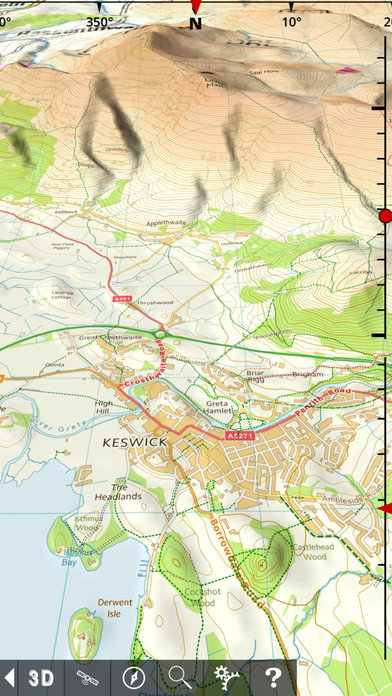 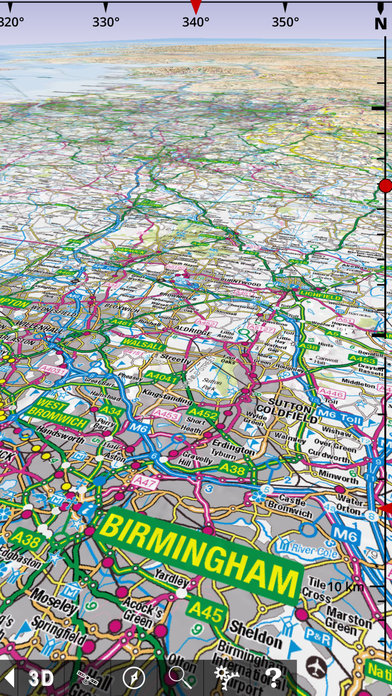 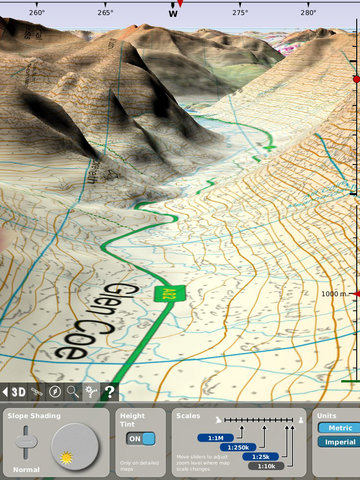 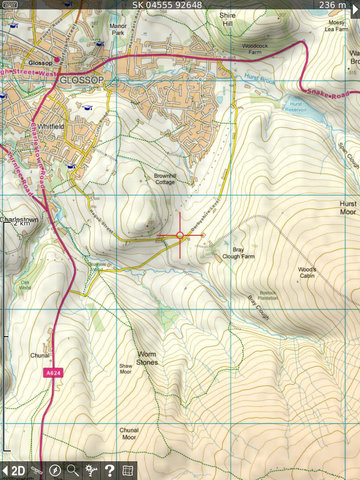 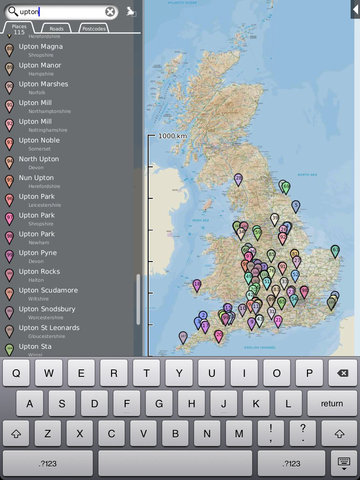 Since April 2010, Britain's national mapping agency Ordnance Survey has released a large amount of free map data. UK Map makes much of that data available in a single app. It includes 1:1M MiniScale® and 1:250k road maps, which are built into the app, and 1:25k district maps and 1:10k street maps for the entire country which you can download in 5km by 5km tiles. Unlike other Ordnance Survey apps, these downloads are entirely free of charge - the only cost is the initial purchase of the app.

New in version 2.0, the app now has a 3D mode that lets you view the terrain from any viewpoint - it's great for visualising hills and mountains.

In comparison with most other map apps, this app shows much more detail of individual buildings at the street level.

Note that Ordnance Survey have not released any of their Landranger® or Explorer® map data as part of this free scheme, so those maps are not included in the app. However the app's 1:25k maps are suitable for countryside use; they are comparable to Landranger, since they don't show field boundaries and a few other details. They do show water features and woodland, contour lines and hill shading, and now also footpaths.

Note that because the footpaths are derived from volunteer-collected data from OpenStreetMap.org, the coverage is not yet as complete as the other map data.

The app also includes a searchable gazetteer containing over 250,000 place names, 850,000 street names and 1.6 million post codes. All of this data is built in to the app, so this search also works when there is no network connection.

The app also supports the compass (not all devices) and GPS (iPhone and some iPads only), and can display your position and altitude.

After installing the app, touch the '?' button to view the instructions including how to download detailed maps and how to move around in 3D mode.

Unfortunately Northern Ireland is not included. The Isle of Man is included only at road-atlas scales.