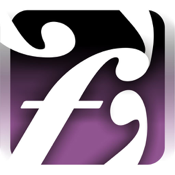 ePixArts (RED)™ Apps help fight AIDS in Africa. Here’s how it works. You buy the iFlute (RED)™ App and 30% of your payment will go to (RED)™. It’s that simple. And that powerful.

(RED)™ is a simple idea that transforms our collective power as shoppers into a financial force that helps those affected by AIDS in Africa. AIDS is treatable and preventable. It costs around $0.40 cents a day to purchase the two pills an individual with HIV needs to stay alive. To date, over 7.5 million people have been helped through Global Fund programs that (RED)™ supports.

With ePixArts (RED)™ you are contributing to a good cause and helping make a positive difference to millions of lives.

The iFlute™ LT version does not support the chromatic note option because the iPhone being an electronic device has its limitations, therefore we have only included the C major scale starting from low middle C going up to high D in the second octave which will also make the application more consumer friendly.

Key Features of iFlute™ LT
•In the Blow Mode, blow into your microphone to play music
•In the Press Mode option, simply play by pressing down the holes (for iPod Touch & iPad users as well)
•Press down individual holes to change pitch within one octave
•The Blow Mode includes 9 notes including the open blow middle C
•The Press Mode includes 8 notes D-Dorian
•In the Duet Mode, use the ‘Dum (Drone) slider to choose a pitch to harmonize and enrich your melody.