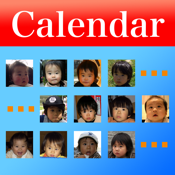 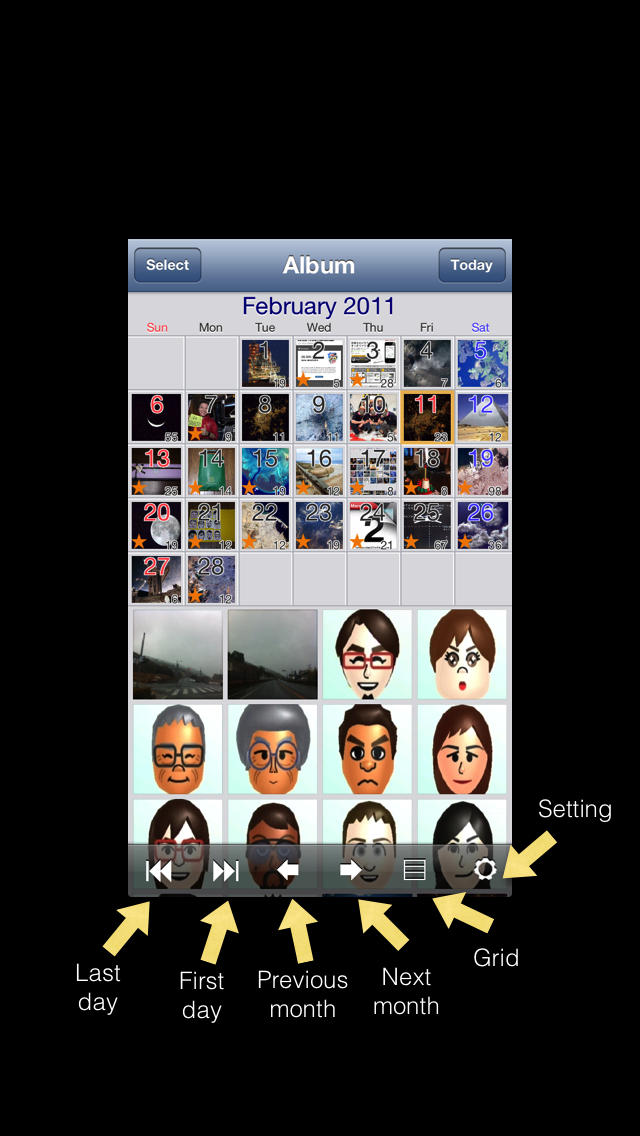 The photograph taken with the camera and iTunes and the synchronizing photograph in iTunes are displayed every day.


daily view:
It changes into one display if the photograph is done in the tap.

Toolbar:
When the blank part is done in the tap, the toolbar is displayed.

Attention:
・This application program doesn't operate if the location service is not turned on.
・The memo is related to the time stamp in the photograph and managed. The same memo is displayed when there are two or more photographs of the same time stamp.
・There is a thing that the time stamp changes when forwarding it from iTunes to iPhone reading iPhoto the photograph taken with iPhone.
In this case, try to set it to be a correct image by changing the image of the memo edit because be displayed as "No Image" when retrieve the memo of the retrieval though be not displayed the memo.
(The shooting date and time is used in iTunes in iPhone at the saved date and time. )