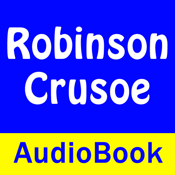 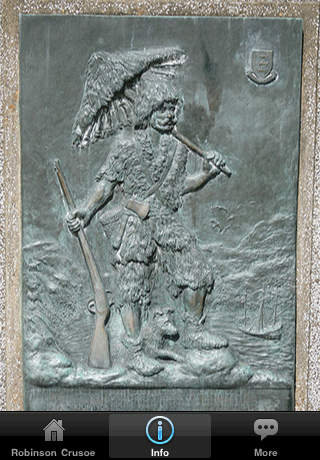 Daniel Defoe’s most famous novel was published in 1719 with the full title, The Life and strange and surprising Adventures of Robinson Crusoe. It is based, in fact, upon the experiences of Alexander Selkirk who had run away to sea in 1704 and requested to be left on an uninhabited island to be rescued five years later.

The story begins with the universal quest: the young man in Britain, torn between his safe home and his hunger for adventure, breaks away from his loving father and sails away into the unknown. After a series of harrowing escapes, he's shipwrecked on a desert island.

With only a few supplies from the ship he builds a house, a boat and a new life. His island is not wholly uninhabited, though, and there is the exciting but ominous presence of cannibals who Crusoe occasionally encounters and saves a native from. The latter becomes his servant, Man Friday.

The crew of a mutinying ship finally rescue our hero, but it is his adventure on the island that interests us. The story has remained popular ever since its publication and it spawned two sequels: later in 1719 with The Farther Adventures of Robinson Crusoe and a third part, The Serious Reflections of Robinson Crusoe, in 1720 which consisted of moral essays. The first novel, though, is particularly notable for its detailed verisimilitude allowing us to believe in the situation - something assisted by the uncomplicated language used by the author.