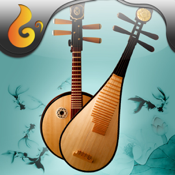 Cool Acoustic Guitar:A guitar you can play anytime, anywhere, with any person.

Cool Drum:Rock yourself ,and rock your friends.

Magic Zither:Enjoy the melodious tone by plucking the strings, and change the beautiful landscape painting by touching the screen.

Magic Guqin:Just sit in your couch and pluck the strings, and you will have a nice break surrounded by the pure and melodious tone.

Guqin:It is the modern name for a plucked seven-string Chinese musical instrument of the zither family.

Erhu:A two-stringed bowed musical instrument, which may also be called a 'southern fiddle'.