Problems of Poverty by John A. Hobson 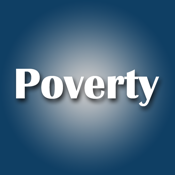 Discover the Problems of Poverty and An Inquiry Into the Industrial Condition of the Poor.

Here are the chapters included inside the book:

John Atkinson Hobson (1858-1940), commonly known as John A. Hobson, was an English economist and imperial critic, widely popular as a lecturer and writer.

His publications demonstrated an exploration of the links between imperialism and international conflict. These works included War in South Africa (1900) and Psychology of Jingoism (1901).

Hobson wrote for several journals before writing his next major work, The Industrial System (1909). In this tract he argued that misdistribution of income led, through oversaving and underconsumption, to unemployment.

In 1919 he joined the Independent Labour Party. This was shortly followed by writings for socialist publications such as the New Leader, the Socialist Review and the New Statesman.

During this period it became clear that Hobson favoured capitalist reformation over communist revolution.