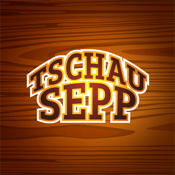 Tschau Sepp is the swiss-german name of one of the best known card games in the world. Other names are for example Mau Mau or NeunerIn. Many variants exist and it is never played the same way, but the basic concepts are usually the same. In Tschau Sepp every player starts with 7 cards. The goal is to play these cards as quick as possible and the winner is the player who finishes first. Cards are played on top of each other in turns while it is allowed to play a card with the same value or color. There are exceptions and cards with special abilities. Tschau Sepp tries to cover the large set of available rules and variants with a standard rule set and some optional extra rules. It can be played against the CPU, against friends on the same device, or against friends using the bluetooth connection and individual devices. The game can be played in german, english, french and italian.