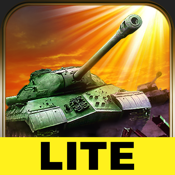 It is the realistic defense game that imaged the Eastern Front of World War II.

New systems are added to improve game characteristics, with the refreshing bombardment action.

In 1944, a fierce battle between the German armed forces and Soviet Union force is developed on the huge Russian field.

"Operation Bagration" has begun in the summer by the Soviet Union force.

Against the Soviet Union force with the overwhelming amount of resources, the only option left for the German force is to defend the place with the help of a little reinforcement.

The Eastern Front was collapsing in many places, and the defeat of Germany was going to be determined.

With this war situation, you must make full use of limited war potential and defend the position of the German armed forces.

It is necessary to utilize the power of the tanks and the self-propelled guns effectively to defend the position.

Destroy enemy tanks by AP bullets (Armor Piercing).
There is no effect to use the machine gun or HE bullets (High-Explosive) against thick armored tanks.

HE bullets (High-Explosive) are effective against enemy foot soldiers.
Sweep the enemy who approached the position with the machine gun.

The offence of the Soviet Union force is reinforced each day, but you can get powerful new weapons when you survive.

You can prevent the march of Heavy Armed tanks by setting powerful tanks.

Low power tanks may be used to stop the heavy tanks by shooting from short distance.

Ascertain distance to be able to fire through the armor of the enemy.

Find the distance that you can fire through the enemy armor.

Enemy tanks aim our tanks too.
You will lose your precious tanks when you don't destroy enemy tanks before they destroy us.
Don't forget that the battlefield is always severe.

The conduct of the position defense is left to you.
Get powerful weapons by funds you won and organize tank corps.

You can fight with 4 corps at the same time.
Each corps can have 4 tanks maximum.

You can't set different weapons in the same military unit.
If you want to use a tank, organizes a military unit only by tanks.

It is necessary to protect the position from the aerial bombardment of the air raider.
Oppose them by setting anti-craft weapons in the position.

To change the weapon between the machine gun and the anti-craft weapon, switch the button on the lower left screen.
Make sure you change to the antiaircraft gun when enemy planes come.

We have provided new position to those of you fought well in "ARMS ROAD Eastern Front".

Let's fight till the end together.