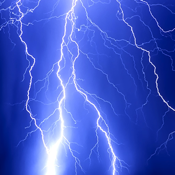 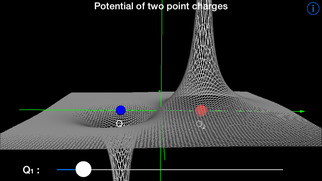 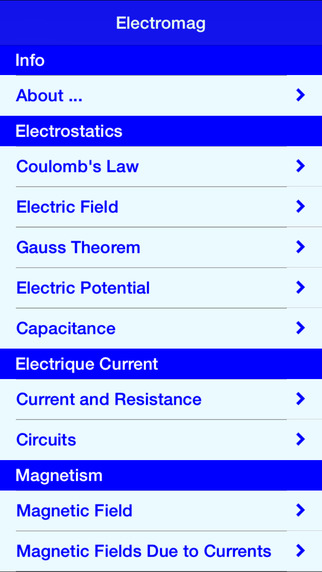 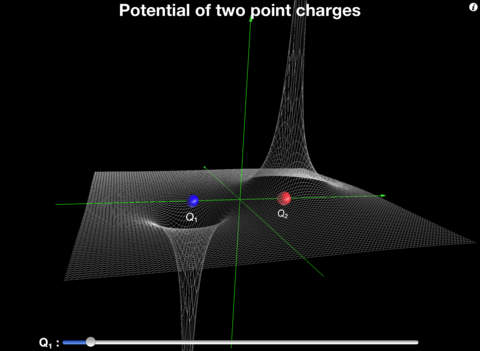 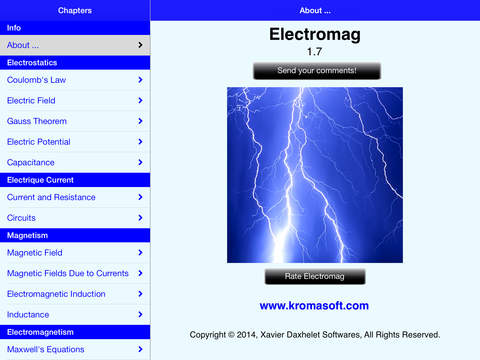 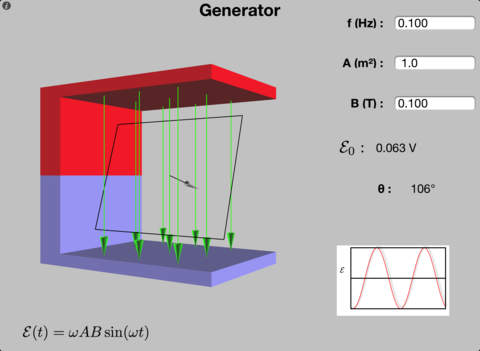 Electromag is an educative application in support to a high-school or university course of electromagnetism.
It contains not only a memorandum of the basic equations, but it also contains approximately twenty animations illustrating the various concepts of electromagnetism.

This application runs also on iPad and iPod Touch 3rd generation and later.

For teachers !! Connect your iPad with a video projector and show the animations to your students in classroom.

Each section contains at least one animation of which some in 3D.