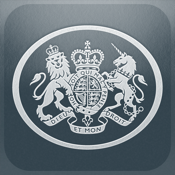 Malcolm Tucker has lost his phone. And you've just found it.

Read his private emails. Listen to his voice memos. See who he follows on Twitter. And hack into his voicemails. But be warned: he wants his phone back…

A new breed of app from the BAFTA Award-winning and Academy Award nominated writing team behind The Thick of It and In the Loop.

- Read Malcolm’s private emails, documents and SMS messages
- Hack in to his voicemails
- See his recent calls
- Listen to his personal voice memos
- Follow his colleagues on Twitter
- Receive new voicemail messages from Malcolm Tucker, Ollie Reeder and Nicola Murray, even when the app is not running