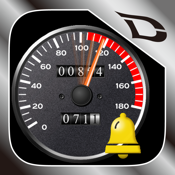 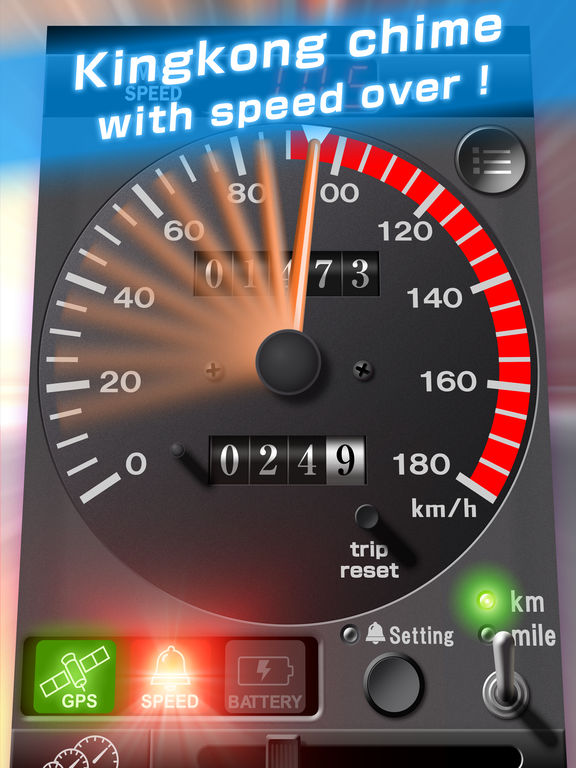 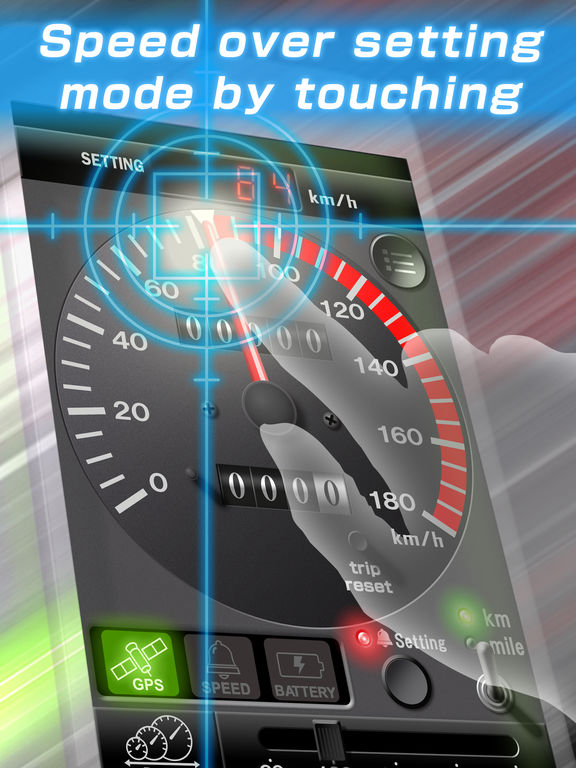 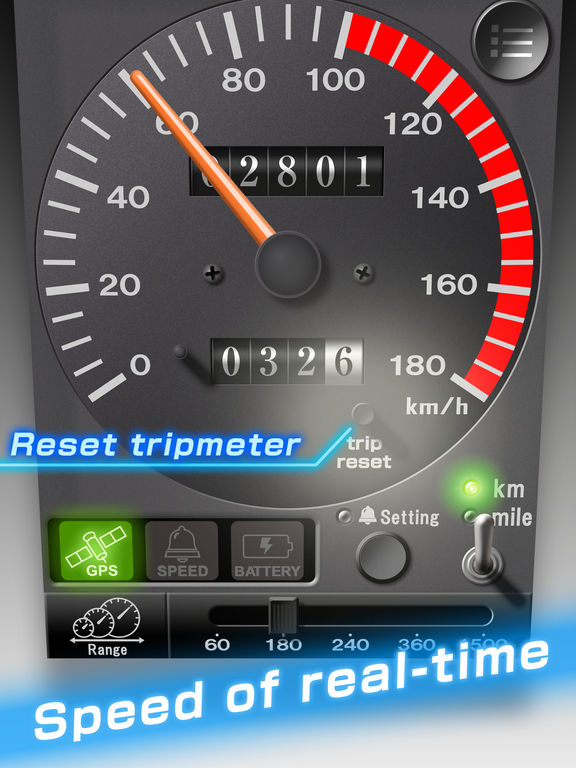 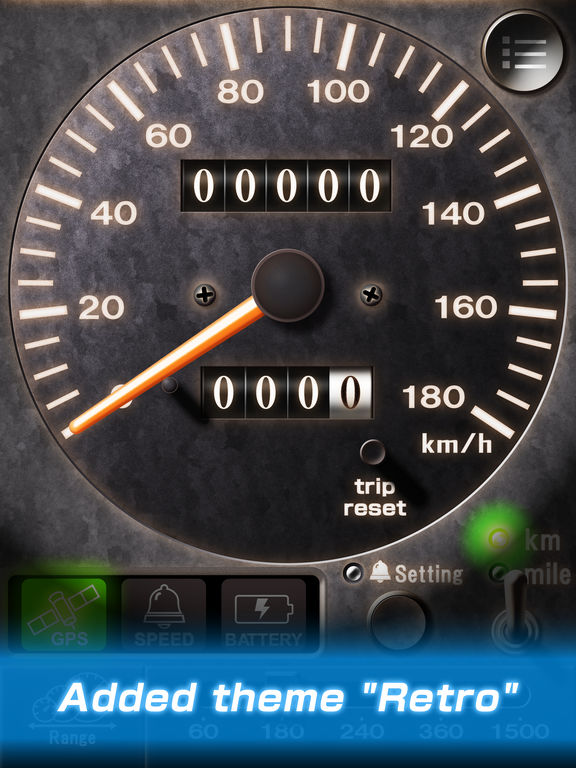 DriveMate KingKong is a simple speedometer application software that uses the GPS function. This speedometer software features a retro design and has a warning chime function for over speeding. It sounds an alarm chime* when the vehicle exceeds the set speed limit.

*The application software is named after the "dingdong" alarm sound (sounds like "kin-kon" or "king-kong" when expressed in Japanese).

---- What is the speed warning chime? ----
It was mandatory for all Japanese vehicles to be equipped with speed alarms between 1974 and 1986. Reminding you of the chime sounds of those days, this speed alarm is used to make you pay attention to the vehicle’s speed when you exceed a certain limit (ordinary passenger car: approx. 100 km/h, light car: approx. 80km/h).

■Speed warning chime
When you exceed the set speed limit, the speed warning indicator under the screen lights red and the application sounds a “dingdong” speed warning chime at the same time.
You can change the setting speed by tapping the Setting button and moving the red needle displayed on the screen with your finger.
The speed-warning chime may sound slightly off-tempo sometimes because this speedometer attempts to reproduce the feel of the 70s and 80s chimes. This is not a bug.
This application software does not have a volume adjustment function. Use the volume control on the iPhone or iPad to adjust the sound.

■Travelling distance
The meter displays the distance that has been traveled while this application software is turned on. The distance is measured in kilometers (or miles).
The upper display shows the odometer. This value cumulates until you uninstall the application software.
The lower display shows the trip meter. This value is reset when you tap the Reset button.

■Warning lamp (rightmost lamp)
When a "certain condition" is met, the rightmost indicator under the meter lights.

"Continued use of GPS running in the background can dramatically decrease battery life."