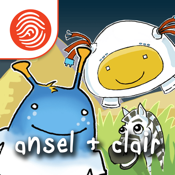 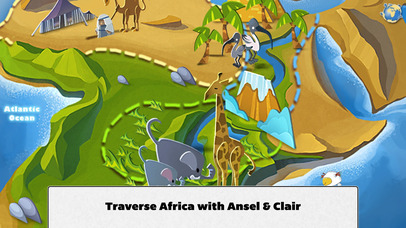 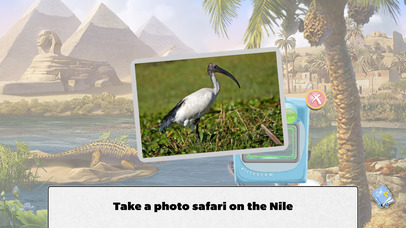 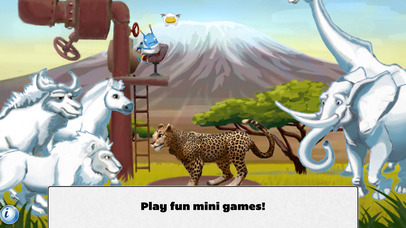 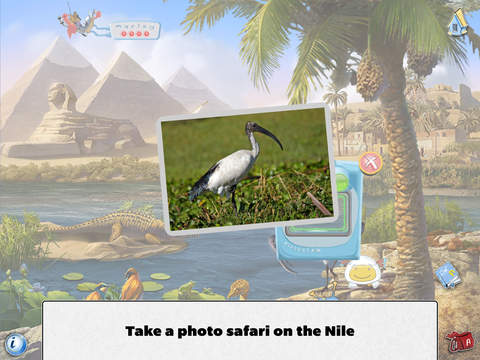 Ansel and Clair’s Adventures in Africa is now a part of the Fingerprint Network for learning and play!

Join Ansel, the friendly intergalactic photographer from the exotic planet Virtoos, and Clair, a brilliant Virtoosian robot as they embark on an adventure throughout Earth’s largest continent, Africa!

Travel from the mouth of the Nile to the Cape of Good Hope while meeting and learning about Africa’s inhabitants. Explore the inside of the pyramids of Cairo in all their ancient glory, meet the animals of the Serengeti, and travel through the vast Saharan Desert.

What Critics have to say about Ansel & Clair’s Adventures in Africa:
- “This is one of the best educational apps for kids on the iPad” – USAToday
- “A hidden gem! This magnificent-looking app takes kids on a magical learning adventure through Africa" - Commonsense Media
- “One of the BEST apps I have seen. I am truly amazed” – iPad Curriculum
- "Incredible...5 STAR Educational App…The students gave the app an initial road-test last week and I haven’t been able to get them off since!" – Teachers With Apps
- "You had better believe the iPad can act as a portable edutainment center, and this continental adventure starring a pair of space aliens offers the perfect example" –The Washington Times
- “Ansel & Clair's Adventures in Africa is the reason parents let their children play with their iPads & why teachers buy iPads for their classroom” – iApps for Teachers
- "Best Fun Educational Game App for Kids" – Fun Educational Apps

Ansel & Clair: Adventures in Africa is part of the Fingerprint Network of games for Learning and Play. Fingerprint offers a range of features to support the whole family including:

- A Shared Family Account makes it easy for kids and parents to share a device and allows parents to track the game play and learning of multiple children under a single account.

- In-App messaging lets kids and parents to send one another fun and encouraging messages.

- A curated Game Catalog suggests new Apps based on your child's interests and learning levels.