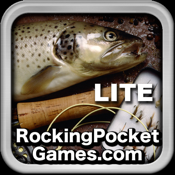 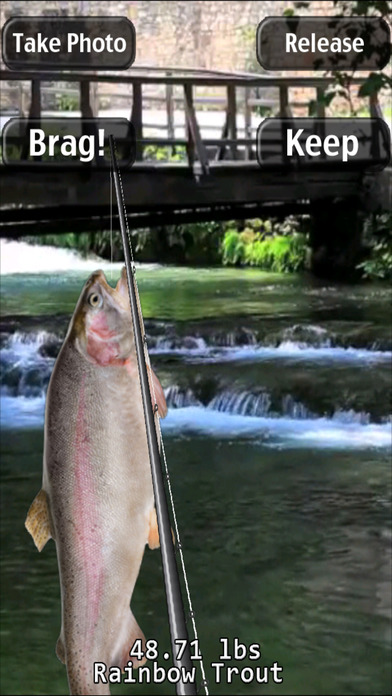 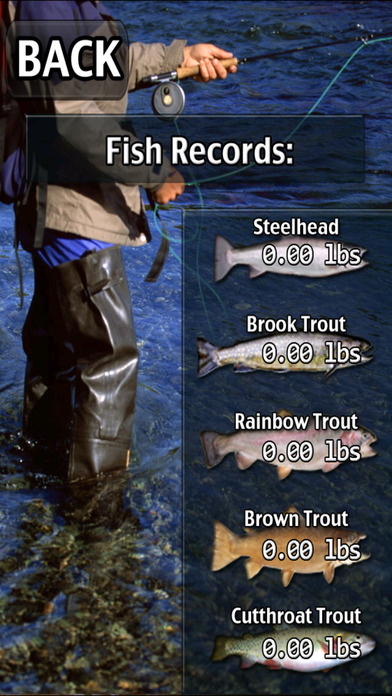 You've played iFishing, and iFishing Saltwater Edition, now try your luck at Fly Fishing! Fish rivers and streams after species of trout the other games didn't have!

This is the lite version which contains 1 fishing location.

Use the new BRAG button after catching a fish to brag about your catch on Facebook and Twitter!

- Unique Create a photo feature lets you superimpose your catch over an existing photo on your device and email it to your friends for bragging rights.

- Variety of flies for each species.

- Use the iPhone's accelerometer to cast, aim your lure, and fight fish.

- Exciting fish fights while keeping the line tension in check, even see them jump!

- Trophy room to keep track of your biggest fish ever caught.

- Comprehensive help guide that teaches you how to fish