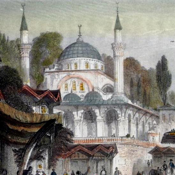 Islam is very pure and considered to be one of the largest religion around the world in terms of followers. Islam was destined to become a world religion and to create a civilization which stretched from one end of the globe to the other.

During the early Muslim Successors, first the Arabs, then the Persians and later the Turks set about to create classical Islamic civilization. Later, in the 13th century, Africa and India became major centers of Islamic civilization. Soon after Muslim kingdoms were established in the Malay-Indonesian world while Chinese Muslims flourished throughout China.

This application provides greatest collection of 200 HD paintings made by different artists based on Islamic Civilization.