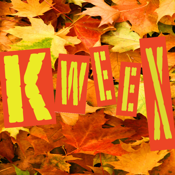 Kweex is an original board game for 3-6 players quick-witted, gathered around a table!

A secret word is to be discovered using clues ....

Will you be subtle enough to choose the most relevant clues?

Will you be audacious enough to make a proposal before the other players?

Rules of the game:

To start, a coin is placed in the center of the table at an equal distance from all the players. That will be the target. At each round in the game, a list of three words is given. The player whose turn it is (we will call him the reader) reads these three words out loud to the other players. Then one of these words is picked at random. Only the reader knows the word picked at random. (he must not show the screen to the other players). That’s the secret word.

The reader’s object is to have the other players guess the secret word. For that reason, he has one minute to choose six words that will allow (maybe) one of the other players to guess the secret word. Thus six words are picked at random and displayed. To replace a word, the reader taps on this word. Then a new word is picked at random. This goes on for one minute. At the end of the minute, the reader begins to read out loud the six words in play on display.