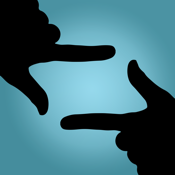 Artemis Director's Viewfinder reproduces any camera, aspect ratio and lens combination. Included is a comprehensive list of commonly used motion picture and stills cameras and a Custom Camera function that allows for any new or exotic camera to be added.

Used by established directors, cinematographers & VFX supervisors worldwide, Artemis works in much the same way as a traditional directors viewfinder but more accurately and with many additional features. It's perfect for blocking, location scouting or making storyboards, as some of our users attest....

Roger Deakins ASC, BSC (Cinematographer: Unbroken, Prisoners, Skyfall, The Company of Men, The Shawshank Redemption)
"It’s great having Artemis on my iPhone. Since I always have my phone with me, I always have a viewfinder at hand. Not only convenient but extremely accurate."

Richard Loncraine (Director: The Special Relationship, Firewall, Richard III, Wimbledon)
"an accurate, compact professional viewfinder that in my opinion cant be beaten. I used it on "Ruth and Alex" with Morgan Freeman and Diane Keaton, where it dramatically shortened the time it took to get our set ups. I have used everything viewfinder available over the last 40 years but non of them compare to Artemis.”

Phedon Papamichael ASC (Cinematographer: Monuments Men, Nebraska, The Descendants, Sideways)
“always in my pocket - no more need for a PA carrying a large case of lenses up a mountain on a scout. It's changed the way we do things!”

Terry McDonough (Director: Breaking Bad, Hell on Wheels, An Adventure In Space And Time)
"When in prep, it’s hard to be in the same country with your heads of department let alone the same state let alone the same room, Artemis makes it feel like you are."

Bruno Delbonnel ASC, AFC (Cinematographer: Big Eyes, Inside Llewyn Davis, Amelie, Harry Potter and the Half-Blood Prince)
"...a great viewfinder. I use it a lot when scouting. And since it's very accurate you can show a frame to whoever needs to see what the shot will be or could be....and discuss it."

Barry Ackroyd BSC (Cinematographer: Captain Phillips, Hurt Locker, United 93)
"makes me feel smarter than I was without it. It’s the sharpest tool on my iPhone."

Sean Bobbit BSC (Cinematographer: 12 Years a Slave, Oldboy, Hunger)
"I never leave home without Artemis. It is the one app I can guarantee will be used everyday on the job."

Roberto Schaefer ASC, AIC (Cinematographer: Quantum of Solace, The Kite Runner, Stranger than Fiction)
“I agree with what every other DP on the planet. They are all correct. Nothing comes close to Artemis for a convenient pocket size viewfinder, even on my iPad mini which fits in my cargo pants pockets."

Larry McConkey SOC (Steadicam: 12 Years a Slave, World War Z, Hugo, The Bourne Ultimatum)
"Instead of carrying a traditional viewfinder with lenses and a monitor, I can use Artemis with iPro on my iPhone for accurate scouts and rehearsals anytime, anywhere. I use Artemis HD on my iPad when I need a larger image that groups of people can see easily. With Artemis, I can set marks during rehearsals and be confident that when I have my Steadicam on ready to shoot, the frame will be exactly as I planned."

David Franko (Cinematographer: Game of Thrones, Boardwalk Empire, The Bridge, The Whole Nine Yards)
"there is never a day at work that I don’t use Artemis. Whether in prep, making story boards or lining up shots with the director, Artemis is a workhorse tool.”