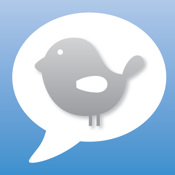 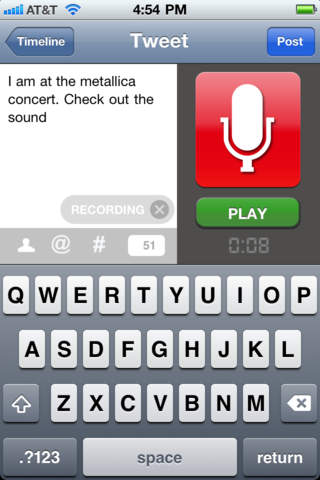 You are at a rock concert with your friends. The stadium is imploding, the music is exhilarating, the sound is reverberating….

Your new born's piercing cry rent the air asunder and your parents, on the other side of the planet, are longing to listen….

Your daughter is stepping up to play Beethoven's symphony no.8, and your spouse, on a business trip, wishes he was there…

You are a Football star, just back from a huge win, and your fans are dying to hear you talk about the game….

Well guess what? Not anymore. With Voice for Twitter you can rewrite the rules. You can now post voice/sound tweets by speaking or recording sounds. Yes, your twitter followers can actually LISTEN to what you have to say. Isn't that the whole point of twitter anyway?

For more information go to: http://www.voicefortwitter.com/