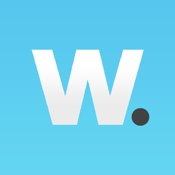 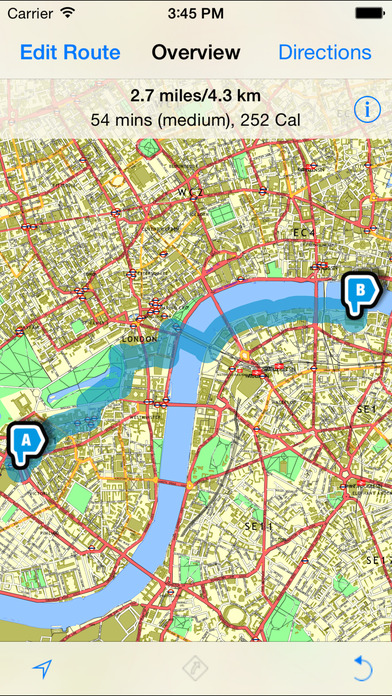 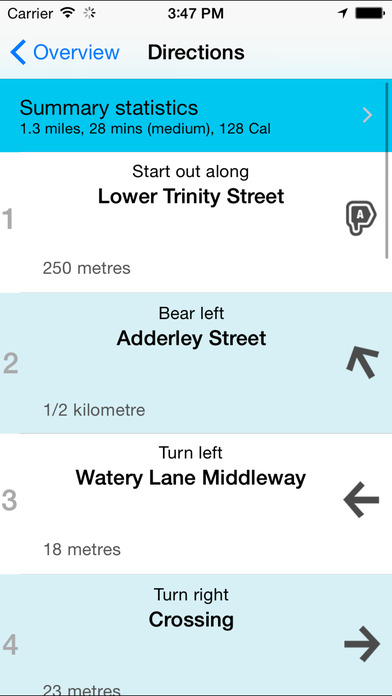 The urban walking route planner for 70+ towns and cities† in England and Scotland († *** N.B. see list below for full details of coverage***).

walkit.com can help you find your way on foot around London and 60 other English and Scottish towns and cities.

With walkit.com you can generate optimised A to B as well as circular walking routes. Each route includes a map, a set of written turn-by-turn directions, an estimated walking time (according to a slow, medium or fast pace), a journey distance (miles and kilometres), a Calorie burn and a carbon saving.

Taking advantage of your phone's location-awareness, the map can be set to follow you as you walk, and can even be rotated to always show the way you are facing with your phone. Following walking directions has never been easier!

For A to B routes you can chose between a direct (i.e. the quickest) route or a 'less busy' one that will try and avoid major roads and favour off-road paths through parks and by waterways. In London and Cambridge you can even chose a 'low pollution' route.

You are now offered up to 4 via destinations for your A-B routes.

Can easily find your way back with a convenient reverse route button, found on the map of any route.

With our circular routes you can choose between a range of times (between 30 mins and 4 hours) and walking speeds, helping you find health or leisure routes right from your front door.

If you are a mywalkit member you can also benefit from the personalised settings (e.g. walking speeds) that you have entered in your profile.

walkit.com currently finds walking routes for 60+ cities and towns in England and Scotland, with support for more planned. This app will stay current with all cities we support, which at the time of writing include:

The app currently only supports routes in the cities and towns listed above, and is only available with English language support.

Please note that this app uses your phone's built in GPS. Continued use of GPS running in the background can dramatically decrease battery life.