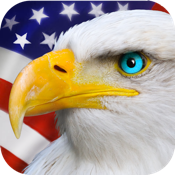 The best trained soldiers in the world are now on YOUR iPad! Feel the intensity of war, the danger of battle, and the life or death struggles that can change at any moment. These modern day warriors are ready to strike and leave no man standing!

The Infantry closes with the enemy by means of fire and maneuver in order to destroy or capture him or to repel his assault by fire, close combat, and counterattack.

Attack operations are the most basic role of the infantry, and along with defense, form the two primary stances of the infantry on the battlefield. Traditionally, in an open battle, or meeting engagement, two armies would maneuver to contact, at which point they would form up their infantry and other units opposite each other. Then one or both would advance and attempt to defeat the enemy force. The goal of an attack remains the same: to advance into an enemy-held objective and dislodge the enemy, thereby establishing control of the objective.
Attacks are often feared by the infantry conducting them because of the high number of casualties suffered while advancing under enemy fire. Successful attacks rely on sufficient force, preparative reconnaissance and bombardment, and retention of unit cohesion throughout the attack.
ARMY INFANTRY: Ground War is a true tribute to the US ground troops stationed around the world. Including an awe inspiring image slideshow and tons of other great features! Don't miss out on the action, Download today!

★ ★ ★ ★ ★ "This app speaks the language of war, and its screaming!"
-Tech Military Magazine

•Create and play music playlists from your iTunes music library

•The ultimate image collection specifically optimized in HD for the iPad

Thank you for downloading! We appreciate your continued support and feedback.
We appreciate you positive feedback and are working hard to develop your ideas into future updates. Please email us with your comments and suggestions.