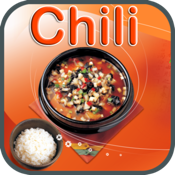 Looking for a new recipe to try? How about a chili recipe? Chili is a very healthy food.

Chili is one of America's favorite dishes, and we have searched all over to find such famous chili recipes as Hot and Spicy chili, Crockpot chili, Vegetarian chili, as well as many other famous chili recipes.
You can satisfy any size appetite with our endless library of hearty chili recipes. For extreme flavor with minimal fuss, try 15-Minute Beef and Bean Chili Skillet.

You can browse the recipes by category, Search recipes by ingredients in your fridge or recipe name.

Chili is one of America's favorite dishes, and we have searched all over to find such famous chili recipes as Hot and Spicy chili, Crockpot chili, Vegetarian chili, as well as many other famous chili recipes. There is a lot of controversy surrounding the origins of chili as well as how to make the dish. It all seems to come down to how you like to dress up your favorite chili recipe. If you ask anyone for a chili recipe these days, chances are that you will get a different recipe from every person.

All chili recipes have changed over time with new recipes being created on a daily basis. But where did it all start? There are people that believe in the 1840's Texas cowboys pounded beef fat and dried beef with chili peppers and salt to make a sort of trail food for their treks to the gold fields. They would boil this concoction to make a dish they called chili.

A variation on the cowboy origins of chili recipes says that cowboys would plant oregano, chiles, and onions along their well travelled trails in patches of mesquite to keep foraging cattle from eating them. As they moved along the trails, they would harvest the spices, onions, and chiles and combine them with beef to create a chili recipe called "Trail Drive Chili".

Yet another version of the origin of chili says that the first chili recipe was made in the Texas prison systems because only the cheapest meats were served in prison. To make the meats a little tastier and less tough, they were cut into very small pieces that were boiled with chiles and spices.

Yet another theory is that Canary Islanders who were transplanted into San Antonio as early as 1731 used peppers and onions combined with various meats to make early chili dishes. This theory also gives credit to Canary Islanders for first bringing cumin, an essential chili recipe spice, to the United States.

One largely disregarded theory is that chili was founded by the U.S. Army. The first Army chili recipe was published in 1896. Garlic and beans were added by World War I and tomatoes by World War II.

The most plausible origin of chili came in 1828 when J.C. Clopper observed the poor people in San Antonio cutting what little meat they could afford into a has like consistency and stewing it together with as many pieces of peppers as pieces of meat.

However chili was created, it is a dish enjoyed in many homes in America today and in many different ways. The easy chili recipes within this site are just a few of the ways to concoct your own chili specialty. Take a look at each chili recipe and choose one that you might like. Add your own twist to the recipe - this will surely keep the evolution of every chili recipe moving. We hope you enjoy!!