詩經國風英文白話新譯 "Airs of the States" from Shi Jing 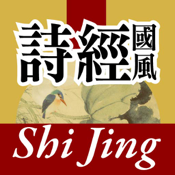 This Fu-Shiang Chia translation from Classical to modern Chinese and English of the 160 “Airs of the States” represents the first new, complete version to appear in English in well over half a century. This collection is from the oldest extant book of lyric poetry in world literature, the Shi Jing. Fu-Shiang Chia makes these poems once again contemporary, while preserving intimations of their antiquity. The poems have been made companionable for a 21st century audience, without sacrificing their exotic foreignness or their careful specificity.

Fu-Shiang Chia (1931-) has had a distinguished academic career as a marine biologist, during which he taught in seven universities in six countries, published over 200 research papers and served on the editorial board of six international journals. He has also served on numerous universities, national and international committees and has been listed in five editions of World Who’s Who. Moving easily between the realms of literature and science, he has published six books of prose and poetry in Chinese including Returning Poetry to the Shi Jing’s Poets published by Bookman Books.

* You can choose to read articles in classical Chinese, modern Chinese, English or in Contrast way and switch the display easily.

* You can use keyword to search for related articles. Keyword search makes it easier to find required articles.