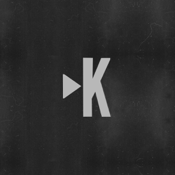 The Kino is a cinema, but it is a cinema unlike any other. At Kino you don't see the movies offered in general by the other roman cinemas, but those out of commercial film circuit, unpublished gems that escaped the mass distribution, and then old cult films, independent films, premieres, documentaries, Italian quality movies.
KINO was created to demonstrate that you can still play the movies, have fun, meet, talk about the present.
The Kino is designed to put our little bank (a brick to build a dam ...) against a series of clichés and offensive in recent years. Is an answer to those who say that culture does not do anything against those who speak of big babies born and parasites, was created to respond to cuts, insecurity and controversy.
But born mostly for fun, to play, to feel, again, not really adults and a bit 'irresponsible.
One day, sixty of us, at the cry of "like fools", we said: "The country is collapsing? So we take a trowel, lime and cement and reconstruct at least a small piece. "
The piece that we chose is an old film clubs in the area Pigneto, a former film club called Grauco who closed its doors. We returned it to life.
But we like to do things big, and then the KINO is also a bistro specializing in organic food, slow food, biodynamic wines.
It's a place of encounter and exchange, a den of refuge to read the papers over a cup of tea on a winter afternoon, is a place to get a drink, waiting to enter the room, and then to eat after the movie.
It's also a space for courses and seminars, meetings with authors, private screenings.
All this is the KINO: a 40-seat movie theater with high technological equipment and an extensive wine cellar and cozy space.