Spielberg: The Man, The Movies 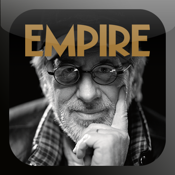 He's the most famous director in movie history, whose creations have poured out of the cinemas into popular culture. But what goes on inside his head? What drives him? What is the key to Steven Spielberg? Covering his career, his movies, his relationships, and his extraordinary gift, Empire Magazine celebrates - with dazzling photographic evidence - Hollywood's most beloved director in this unique special edition.

– Original trailers from every single title in the director’s filmography.
– In-depth critical appraisals of all of his films, from 1971’s Duel, right up to the present day.
– Detailed features covering topics from Spielberg’s early Super 8 movies to his experiences in TV, making the Indiana Jones saga and more.
– Behind-the-scenes ‘making of’ features on some of the director’s biggest films.
– Interviews with key Spielberg collaborators.
– A special Q&A session with the director himself answering questions from some of the biggest names in Hollywood.
– Exclusive video interview with Spielberg and director JJ Abrams.
– Selected clips from classic Spielberg movies.
– Exclusive photography