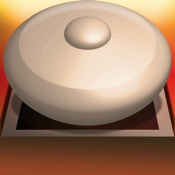 Gamelan degung is unique to Sunda. It developed during the 19th century in the courts of the Bupati (Regents), who were the local Indonesian rulers under the Dutch. Since Independence in 1945 degung has become increasingly widespread among the general populace. Nowadays it is often played at wedding receptions, or as background music. Because of its former aristocratic connections, the middle class consider it more 'up-market' than gamelan saléndro. At the same time it has also become the vehicle for a certain type of Sundanese popular music , which via the cassette industry enjoyed phenomenal commercial success in the late 1980s (degung instrumental. While in the courts (Kabupatén) degung was played exclusively by men, now it is more often played by groups of women (apart from the suling and kendang).

- Suling (not include on this apps)