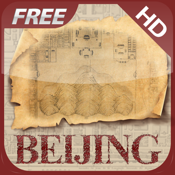 Beijing is the Capital of China, a very ancient city with over 3,000 years of history. Our app is the first of its kind to have an atlas that has been scientifically arranged and summarized the ancient maps of Beijing, including a total of 58 kinds, 113 Chinese and foreign ancient maps which have been selected from the map collection and other ancient books of the National Library of China, with a layout in accordance with the writing of the time of the books.

A large number of rare maps are embodied in Beijing in ancient maps, which include: Map of the Imperial City, Map of the Capital, Map of the Shuntian Prefecture from Si Ku Quan Shu, Map of Palaces in the City of Beijing (the earliest map for Beijing in existence), Map of the Capital in the Qianlong Period (a production of map survey at a large scale in Qing Dynasty), and many more. Therefore, the atlas, in its own right, is valuable as a collection. At the same time, the atlas covers a wide variety of other interesting maps, including: Country maps, Outlands maps, Frontier defense maps, District maps as well as Landscape maps, Water conservancy maps, Transportation maps, Postal maps, and Tourist maps. And it is a favorite for all types of readers including historical researchers, urban planners and map enthusiasts.

Features:
-Thumbnails of 58 kinds, 113 maps ranging from Southern Song to Republic of China (from 1136 to 1949)
-12 high-resolution ancient maps for free
-Display the source about each map
-Detailed character introduction of each map
-Keyword search
-Support collecting and sharing
-Browse map smoothly with zooming in/out
-No requirement for a network connection

☆ Beijing in Ancient Maps welcomes your comments and requests.
☆ We will do our best to provide more user-friendly applications.