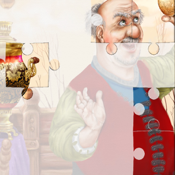 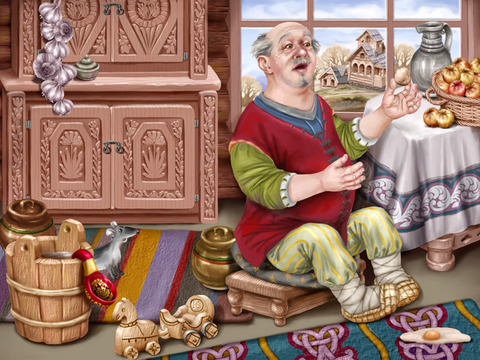 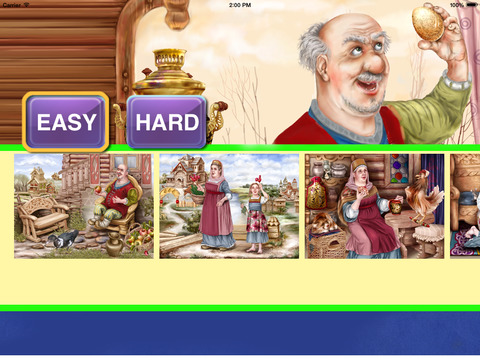 Kids Puzzle based on Russian folk tale "The Speckled Hen". In this app 15 puzzles and two levels of difficulty.

Fairy-tale:
There lived an old woman and an old man. And with them lived the Speckled Hen. Once the Hen laid an egg, not a common egg, but a golden one. The old man beat the egg, but it wouldn't break. The old woman beat the egg, but it wouldn't break. A small mouse ran by, swishing-swinging its tail. And the egg fell down and broke.
Cries the old man, cries the old woman.
And the Hen says to them:
«Don't you cry, old man,
Don't you cry, old woman,
I shall lay a new egg for you,
not a golden, a common one».