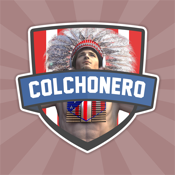 Get to know the latest news of what is going on in Atlético de Madrid; written by real fans for real fans at colchonero.com. The best platform to be “on the know” and show your support for Atlético de Madrid.
Beyond Atlético de Madrid, you can follow other teams and players across the world. Over 7 M pics, 2 M videos, 2M news reports and many millions of comments.