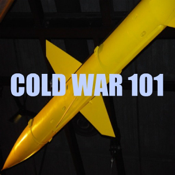 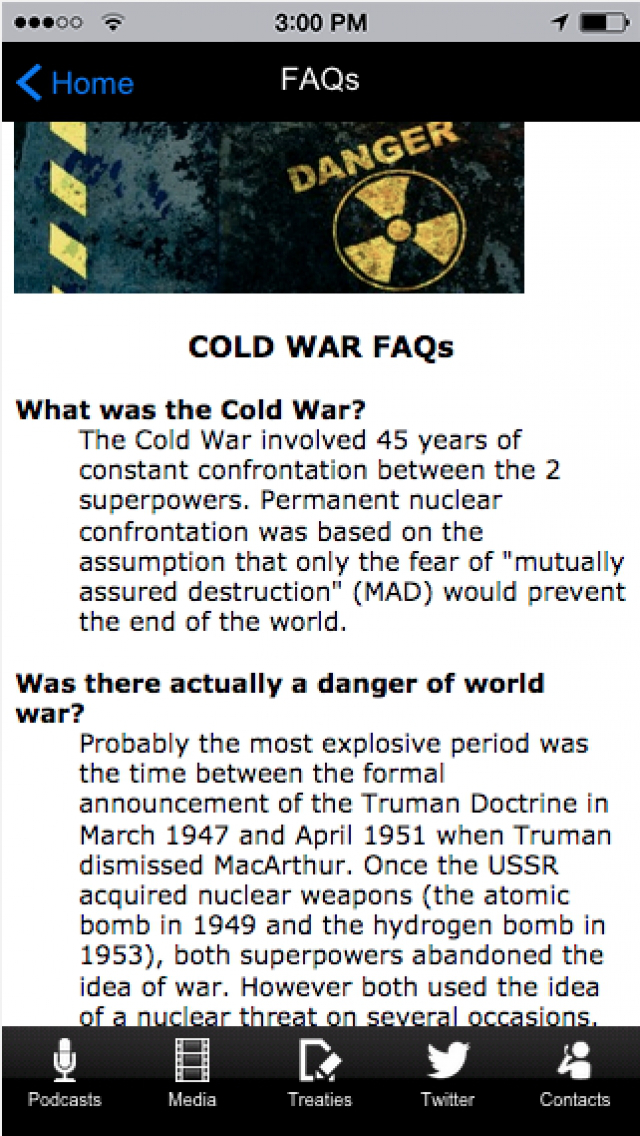 Ever wished you had an easy and FUN way to learn about Cold War History and Politics?
Are you a student? A history buff? An erudite conversationalist? Do you want to WOW your friends and colleagues with your Cold War expertise?

If so, the Cold War 101 App is just right for you. Designed and written by political scientist Lisa Reynolds Wolfe, the creator of the Cold War Studies Blog, it combines text, audio, and video, making it an easy and enjoyable way to learn the facts and make them stick.


In Cold War 101, you’ll learn how the events and happenings of the first half of the 20th century influenced the half century confrontation between the United States and the Soviet Union that still shapes our lives today.

You’ll learn the language that you need to know to discuss Cold War History and Politics knowledgeably and intelligently.

You’ll learn about the facts, concepts, and occurrences that have influenced our 21st century world.

About the author:
Widely published, Lisa Reynolds Wolfe holds a Ph.D. in Politics from New York University and a Master of Science in Policy Analysis and Public Management from the State University of New York at Stony Brook. Areas of particular interest and expertise include Cold War Studies, sustainable development, heritage, and the environment. Lisa's writings on Cuba and Iran, and the Cold War are widely quoted.Visit her blog at http://www.coldwarstudies.com.