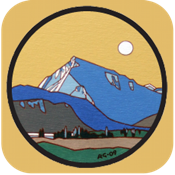 At Gateway to Nature, we believe time spent in nature results in healthier and happier people! The Gateway To Nature app, includes Videos from various Alberta Parks. There is also an album “Songs for the Willmore” that includes eleven tracks that you can enjoy. Some of the videos and music tracks are Free. All profits from the sale of this album go to support children and nature programming.

Alberta's Rocky Mountain Rangers:
In one of the last really wild areas of the Rocky Mountains in North America, Willmore Wilderness Park, conservation officers patrol this vast wilderness by horseback. This is their story. All profits from its sale are used to support children and nature programming.

The Willmore Experience:
Willmore Wilderness is one of the last untouched primeval Rocky Mountain wilderness in North America, and this short film involves the people who have been intimately connected to this area for decades. Because of this relationship to this land the stories ring true and authentic.  All profits from its sale are used to support children and nature programming.

Robert's Lookout music video:
Robert Guest is a landscape painter who has captured Willmore Wilderness Park in his painting, this music video celebrates that in song. All profits from its sale are used to support children and nature programming.

The album “Songs for the Willmore” was created during a period of two years, by filmmaker Ted Ritzer and singer/songwriter Matthew Lovegrove and his band Woodland Telegraph. They collaborated on an album celebrating the people and places of Willmore Wilderness Park.