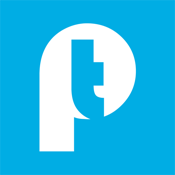 Chat and rate the stars of two of the most popular shows on TV - ABC’s “Dancing with the Stars (DWTS)” and NBC’s “The Voice”. Prime Time television just got more interesting and just in time for the start of Season 14 of DWTS. Primetime is your second screen companion to the best evening on television - Monday night.

Chat, play games, vote, get real-time updates, and explore information on your iPad synced to the live shows. Join the official water cooler of Monday night, and keep the voting, chatting, and sharing going all week.

Race to the top of the leader board by predicting results and official scores. Win prizes every week and the season-leader wins a Samsung 51” TV [1].

✰✰✰ DWTS Killer Features✰✰✰:
✪ Real time notifications about what is happening on other channels
✪ Chat through Facebook, Twitter and *in private* with other show fans
✪ Talk directly to the Stars - Twitter and Facebook Sharing Included
✪ Guess what Bruno, Carrie Ann and Len are going to score the dancers
✪ Move up the leaderboard to become number one and get a chance to win prizes [1]

♥♥♥ The Voice Killer Features♥♥♥:
✪ Explore through the cast and learn more about the Artists.
✪ Real time updates as to what is happening in the show.
✪ Tweet about the show and see what other fans, the Artists and coaches are tweeting about.
✪ Score the winner of each battle and try to guess who is moving on.
✪ Move up the leaderboard to become number one and get a chance to win prizes [1]

Looking for shows beyond DWTS and The Voice? They are coming, but let us know what you want to see next on Primetime.