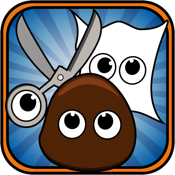 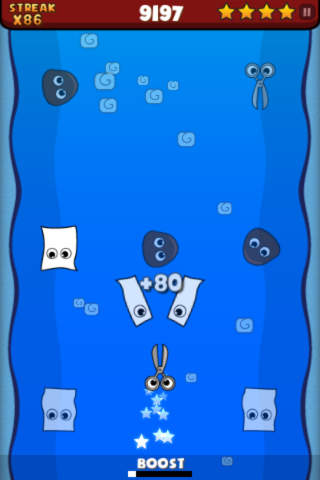 Rock, Paper or Scissors? In this fast-paced reaction-based game, you get to be all three!

As an unstable mutant, you goal is to ascend the skies as far as possible with enemy mutants coming your way. Based on your current form, you must kill the right kind of enemy while avoiding the ones which can kill you directly (Think Rock-Paper-Scissors rules!).

Watch out for lightning streaks though, as they can cause you to mutate! Whenever that happens, the rules of what you should kill or avoid will change... Do you have the lightning-like reflexes to react accordingly? Prove that you have what it takes to be a true RPS Mutant!