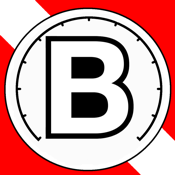 Baltic Blender uses the GERG-2004 real gas model to allow a SCUBA gas blender to easily and accurately use partial-pressure techniques to blend available gasses to the desired final mixture. It is not intended as a substitute for proper training and certification in the safety, handling, and blending of high pressure gasses, but rather as a tool to perform the complex math required to reach the desired mixture. In such training classes, you would learn important safety information about the handling of high-pressure gasses. SCUBA gas blending is not to be taken lightly; it is one of the only activities where a mistake may not just kill you, but also those around you, or possibly the diver you are blending the gas for.

You can enter the data for multiple cylinders at once. Cylinders can be placed in groups for billing purposes.


** Trimix, volume consumed and pricing is only available via in-app purchase upgrades. **

The partial GERG-2004 implementation used to calculate the compressibility factors of oxygen, helium, nitrogen and their mixtures in the gas phase was inspired by open source code written by David de Marneffe (daviddemarneffe[at]y a h o o . c o m) in December 2007.