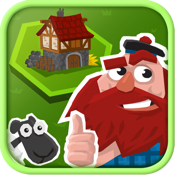 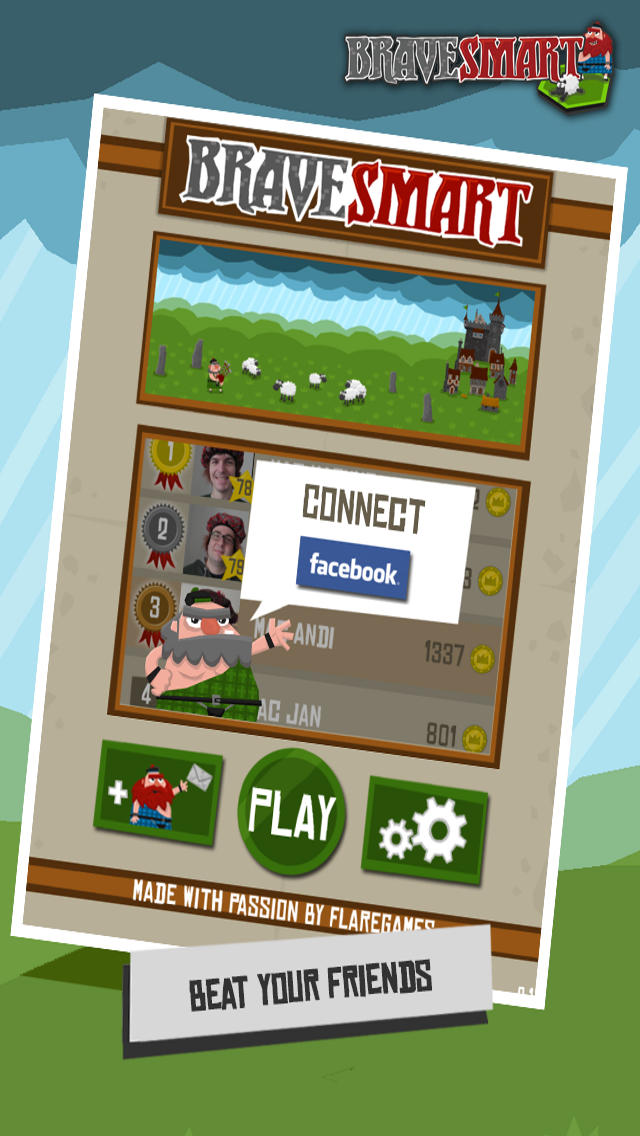 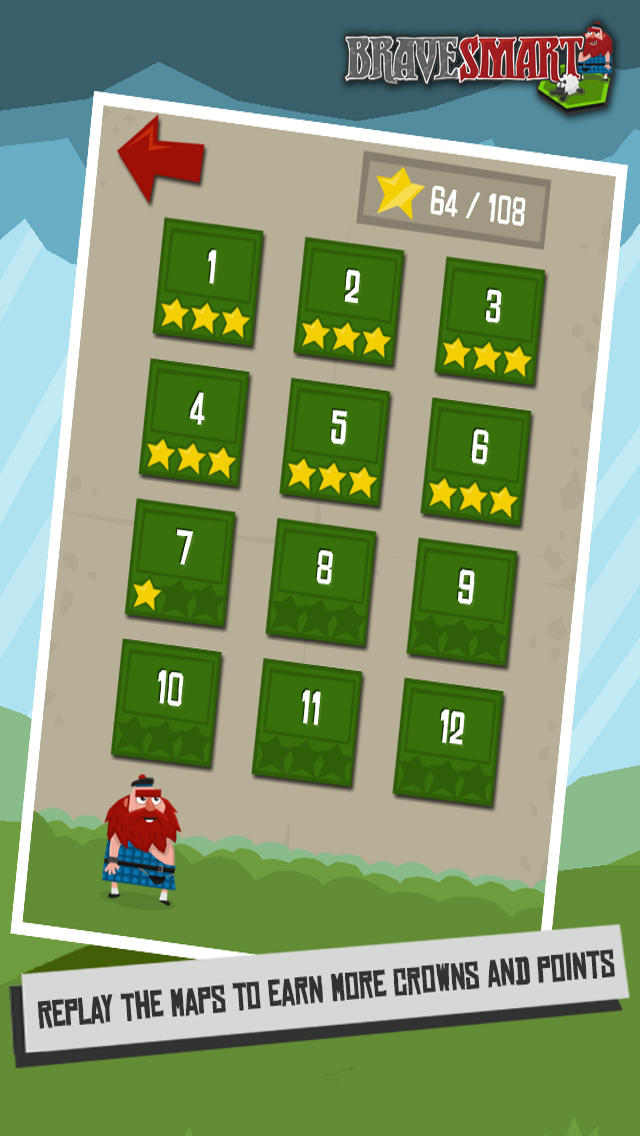 BraveSmart is the most addictive puzzle game you’ll ever play. You’ll pick it up in a second – and won’t be able to put it down for hours.
● Combine three wood, metal or rock tiles to build a cottage, three cottages for a mansion, right up to majestic castles.
● Outfox the sheep to make the most of your space, and make sure you don’t get boxed in behind treacherous rocks.

Scotland, the beginning of the Middle Ages. For long years, the Clans have hidden from the Sidhe, the mythical creatures of legend. But now, the dark ages are past and the bright modern Middle Age has set in. Three brave Clans have taken to resettle the deserted Highlands. But, alas, Clan Woodhead, Clan Tinears and Clan Stonehands can’t decide on a common course of action and hinder each other’s efforts. Also, the sheep are quite enjoying the freedom on the unsettled land and might move against them.

The Clans look for a Hero to unite them. Failing that they’d settle for a man with good organizational skills.

You are that man, called the “BraveSmart” for your brains and willingness to deal with the stubborn Clansmen.

Go forth, resettle the Highlands!

(But watch out for the sheep.)