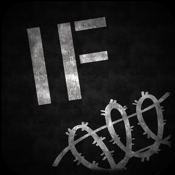 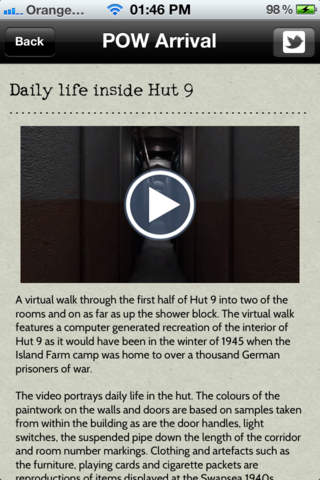 The Welsh Great Escape began on the 10th March 1945. 70 German prisoners of war escaped from Camp 198 on the outskirts of Bridgend. The site is known locally as Island Farm. Only one building remains - Hut 9 - the hut that housed the escape tunnel. Hut 9 is now a Grade II listed building, inhabited by bats and is rarely accessible to the general public. The Island Farm app explores the history of the site from pre World War ll when it was still farmland, through the war preparations, war time, the escape and on to present day. Augmented reality is used to recreate the buildings that no longer exist and 3D animations to enable exploration of the interior of the building as it would have been in the build up to the escape and on the night of the escape. Interactive maps are used to show the layout of the camp as it once was, how far the escapees travelled and to highlight related points of interest in the Bridgend area.