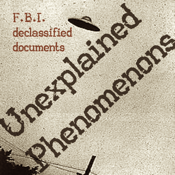 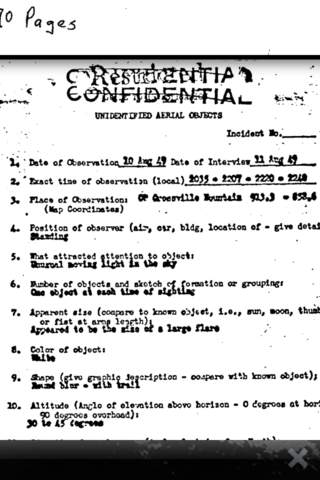 A Wonderful part of the History in your Hands!!!

Silas M. Newton
Silas Newton (1887-1972) was a wealthy oil producer and con-man who claimed that he had a gadget that could detect minerals and oil. He was cited as an authority in Frank Scully’s book Behind the Flying Saucers, a work that claimed to report on several UFO crashes in the area of New Mexico. In 1950, Newton said that a flying saucer crashed on land he leased in the Mojave Desert; however, he revised his claim in 1952, saying he never saw a flying saucer but had only repeated comments he heard from others. These files detail the FBI’s investigations into Newton’s fraudulent activities between 1951 and 1970.

Guy Hottel
Guy Hottel was a Special Agent in Charge of the FBI's Washington Field Office. The information concerning Mr. Hottel is in regard to a March 22, 1950, memo he sent to the Director concerning flying saucers.

Majestic 12
In 1988, two FBI offices received similar versions of a memo titled “Operation Majestic-12…” claiming to be highly classified government document. The memo appeared to be a briefing for newly-elected President Eisenhower on a secret committee created to exploit a recovery of an extra-terrestrial aircraft and cover-up this work from public examination. An Air Force investigation determined the document to be a fake.

Roswell UFO
On July 8, 1947, the FBI Dallas Field Office sent a teletype regarding a “flying disc” that resembled a high altitude weather balloon found near Roswell, New Mexico. This single page is a serial from the larger UFO release found at http://vault.fbi.gov/UFO.

Animal/Cattle Mutilation
In the mid-1970s, reports of scattered animal mutilations in western and mid-western states concerned many people. The FBI was asked to investigate, but was unable to do so because of a lack of jurisdiction (except when such mutilations were found on Indian lands). These files consist mainly of press clippings and correspondence concerning the issues between 1974 and 1978.

Extra-Sensory Perception
ESP is considered a perception of information about events beyond what may be discerned through the five physical senses or deduced from past experience or knowledge. This release consists of cross references to ESP found in FBI files from 1957 to 1960. Several of the documents concern William Foos, a proponent of ESP. Others concern claims that ESP could be used in espionage investigations. The FBI found no scientific support for this or other claims and did not pursue the matters raised in these references.

Unexplained Flying Objects (UFOs)
In 1947, a rash of sightings of unexplained flying objects (UFOs) swept America. Although the newly formed U.S. Air Force was the primary investigator of these sightings, the FBI received many reports and worked for a time with the Air Force to investigate these matters. This release details the FBI’s role in investigating such reports between 1947 and 1954.

Originally Project Blue Book was the Air Force name for a project that investigated UFO reports between 1947 and 1969. In 1989, an organization calling itself “The New Project Blue Book” contacted the FBI. This file consists of correspondence concerning this organization.