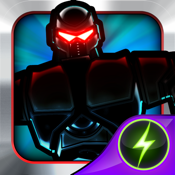 Selected by Indie Game Magazine as one of the best mobile arcade games of 2012!

* Physics based destruction and mayhem like you've never seen before!
* Tons of fun mini-objectives reward your wacky antics!
* Insane powerups make each game a new roboxperience!

Twenty five stories of giant robot, built to destroy and subjugate the masses. Reprogrammed by an anonymous hacktivist to turn on your evil corporate creators, you are the Wall Street Titan. Occupy Wall Street with a giant robot fist!

"...like Burnout Crash with none of the initial Crash and all of the ensuing explosions."
- Hookshot, Inc.

** Lots of updates and improvements to come! **