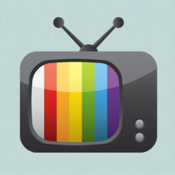 TV Tracker is the best way to stay informed of the shows you like. Its simple interface allows you keep track of which episodes you have watched as will as detailed information about each and every episode. Simply add a new Series, select and episode and touch the watched and acquired buttons and your done.

The Series Screen has all the different TV Series that you are following. To show the episodes for a series just tap on the series banner you want to see. Your Series are broken up into 4 sections, "Favourite Series", "Active Series", "Archived Series" and "Bucket List".

Simply Swipe a series to reveal some options such as delete series, mark as Favourite, Active Archive or Bucket list. You can even see public Tweets and Facebook status updates for a series (Full version only)

You can add a new series by pressing the Plus icon at the top right of the screen.
You can remove a series that you no longer want to follow by swiping a cell and pressing the red delete button

The Episode Screen has all the episodes for that series. For every episode in the series you will see an image from that episode, the name of the episode, the date when it was first aired and the season and episode numbers. If you tap on on one of these cells you will go to the episode details screen.

The Episode Detail screen displays all the information about that screen. This screen shows the episode name, season and episode number as well as a short summary about the episode. You can set the episode as Watched and Acquired by simply touching the green tick icon or eye icon. You can swipe left and right to jump through episodes in a series.

The Episode Detail screen has a so much information it had to be broken up into smaller sections. You can access all the information by scrolling through the the table. You can show more of the table by pressing the minus and plus button to move the table up and down the iPhone / iPod touch screen. On the iPad the table is always on the left.

You can add reminders/ local notifications by touching the Reminders button then setting up the day of the week, time and how many reminders you want to create.