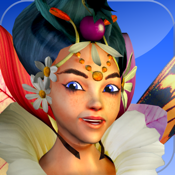 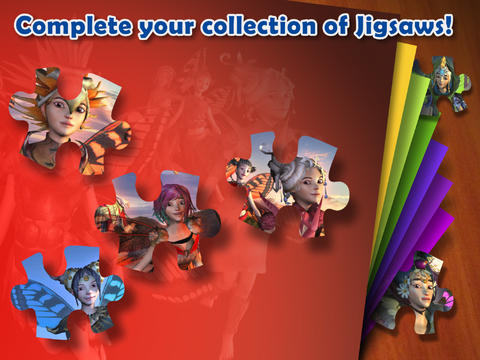 A universe of Fairies right on your fingertips! Catch the Fairies flying around you, photograph them in the real world, chat with beautiful Fairy Queens and Princesses, and collect your Fairies in magical Fairy Jigsaws! Discover and play with Fairies in the award-winning Fairy Magic!

"A genuinely impressive foray into augmented reality is worth the download – if only for the amazement on your children’s faces when you reveal to them the secret world of fairies that exists all around them." Tap Magazine (4 Stars)
"It’s difficult not to be drawn in just a little by Fairy Magic, which is a pretty stunning augmented reality game aimed squarely at children." The Next Web, Pick Of The Day!
"Inlifesize has pulled in some top-tier film and games talent for this augmented reality app aimed at children. It gets them to hunt for beautifully-animated fairies in their local surroundings." The Guardian UK
"A fun little pet sim that gives us a peek into the enchanted land of Fairy." Gamezebo (4 Stars)

Children and adults alike can enjoy the musical and magical experience of colorful, animated Fairies reacting to each and every tap! These incredibly sociable Fairies will teach you their names, make fun of your voice, and happily pose as you tap’n’snap photos of them with you and your friends!

FEATURES
• Thousands of different Fairies to discover!
• Fairies appear wherever you are – at home, in your garden, at school - or even where you work! With the magic of Enchanted Reality™, you will see Fairies around you whenever you want!
• Tap on and around your Fairies to catch and interact with them!
• Take Pose and Snap Photos of Fairies with you and your friends, save them in your Fairy Gallery or share them via email, Facebook or Twitter!
• Fairies love to make fun of your voice - tap & hold to talk! Play music matching games to learn their Fairy names!
• Catch and collect all the Fairies to complete your Fairy Jigsaw Collection!
• Unlock a Pink Princess by liking Fairy Magic on Facebook!
• Play music by tapping musical “Rainbow” notes along with a magical soundtrack!
• Fairy Princesses only come out during MagicTime™. See if you can catch them all!
• Universal App: One copy runs on all your compatible iOS devices! The only requirement is that your device has front and back cameras.


Fairy Magic is brought to you by Inlifesize, a team that has worked on games and movies for Electronic Arts, Sega, Glu, Disney, Lucasfilm and ILM. Previous work includes the creatures of Harry Potter and Avatar.

Become a fan of Fairy Magic on Facebook: https://www.facebook.com/PlayFairyMagic